It was a scorching weekend at Timaru’s Levels Raceway for Round three 2016 New Zealand Superbike Championship.

Timaru turns on a scorcher

James “Hoogie” Hoogenboezem explained “First time we have had the track temperatures over 40 degrees in a long time.
However, it didn’t take us long at Friday’s practice session to find the optimum setting for the high temperatures and the Bridgestones.” 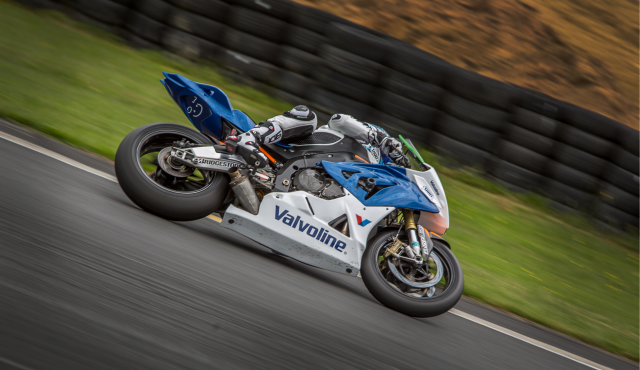 There was loads of rear-end grip that I’m sure would’ve lasted more than race distance.

The set-up made the BMW so much fun to ride that I didn’t want the practice session to end.
The Valvoline sponsored M1Motorsport BMW S1000 RR would have to be the most entertaining and enjoyable bike I’ve ridden around Levels.”

Race one was unfortunately cancelled, due to a serious incident with Shaun Harris suffering a serious crash out on track.
Team M1Motorsport extends our well wishes to Shaun and his family and friends at this very tough time.

“A few laps into Race two the BMW S1000RR was feeling great, easily picking off two riders, there was a decent gap ahead of me so, I put my head down and charged – within four laps I’d reeled in Dillon [Telford] and James Smith
I’d arrived just in time with a front row seat, to catch Dillon save an amazing high side.

Dillon’s moment gave me the opportunity to get past and make a move on James in that lap.
Looking ahead, there was quite a big gap to Toby Summers but I kept my race-pace consistent, with just two laps to go, I felt I was closing in. So I pushed the M1Motorsport BMW S1000 RR harder.

Unfortunately I ran out of time – one more lap and it would have been all on. I finished up 8th in the Superbike class in my favourite race of the weekend.

My start wasn’t too bad in Race three of the round, I found my self chasing down Dillon again a few hundred metres in front of me.
I pushed, lap after lap, so hard that I had the front sliding on most corners, but I couldn’t manage to pull Dillon in.
Placing me in 9th in class at end of race three.

James continues to hold 8th place over-all in the Championship as round four of the 2016 New Zealand Superbike Championship moves to Hampton Downs, 5th and 6th of March, 2016.