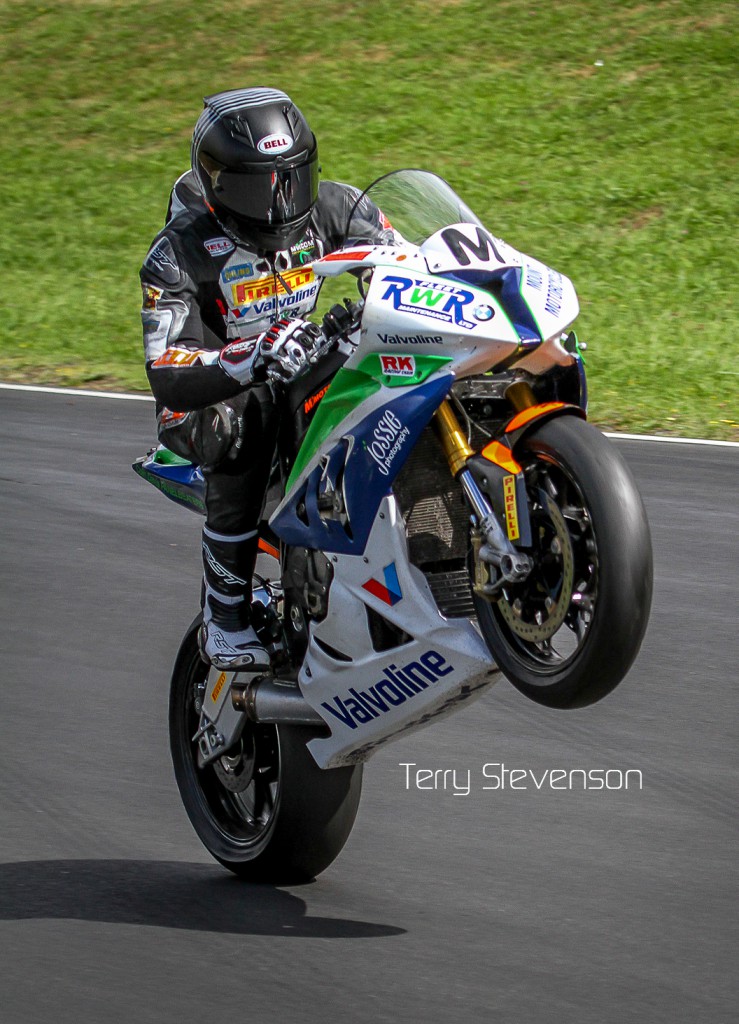 The highlight of the weekend for M1Motorsport, at Round three of the 2015 New Zealand Superbike Championship,  Hampton Downs was the 20 lap Tourist Trophy race which was red-flagged after two laps, during a light covering of rain and riders Nick Cole and James Smith crashed – the rain moved on and the race re-started.

In a clash of the Titans style display, with no quarter given – Linden came out with a reasonable start and picked off the riders one by one, with one lap to go and sitting behind Nick Cole; Linden made his move and passed Nick with Sloan Frost hard on his tail (who had run wide earlier in the TT Race) only to come back charging, Linden kept the last lap smooth and sailed home to claim the NZ TT Title and coveted Geoff Perry memorial silverware.
A first for both M1Motorsport and BMW.

Team Manager, local Tauranga businessman Robert Ramshaw commented after the TT race “Yes, taking the New Zealand TT title and the Geoff Perry Memorial Trophy made the whole weekend worthwhile, last season was difficult but this season has been up hill the whole way.

We needed this win.
Linden is talented rider – we just needed everything to come together, and it did.”

Battling a withstanding arm injury from an earlier crash in the season from the Suzuki Series, Linden “Magoo” Magee toughed the weekend out.

“Yeah, was surprised and stoked with the TT and Geoff Perry Memorial silverware, trophy and ribbon.

“Very happy for our Sponsors, the team and myself to come away with the TT win and 2nd overall after a very trying weekend. Just shows hard work and being consistent pays off. Will get some more treatment on my injured arm this week and will hit the ground running for the final round”

We are still fifth in the series overall, in a really competitive field, all we need is persistence and luck, but of course it will all come down to the wire!

Series points as of Rd 3