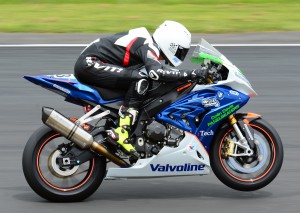 Alastair Hoogenboezem teamed up with Toby Summers and Avalon Biddle to represent M1Motorsports at the Motul 6 hour last Sunday. It was an exciting opportunity to not only test himself, but also the progress made pre-season on the new S1000RR. The team managed a gruelling 312 laps and finished 2nd place overall at Hampton Downs Raceway. The team showed focus and grit to work through an early unexpected pit stop due to a mechanical failure from Avalon’s bike. Despite the set back, they made up the lost time and took home a podium finish.

After the endurance race Alastair comments “I believe we all rode well as a team and made sure ourselves, bikes and tyres would make it right down to the final minutes of the race”

“I was impressed how well the Bridgestone’s held together for my 3 x 40 minute and 20-minute final stint, they held the same grip the whole race while I constantly pumped out 1.06 minute laps”

On discussing the physical aspect of the race Alastair says “My fitness is better than ever with 6 training sessions a week and the odd run, mountain bike or dirt bike ride thrown in for fun. F45 Riccarton has really made a huge impact on my endurance on the bike, and this was proven on Sunday with my consistent times during the race” 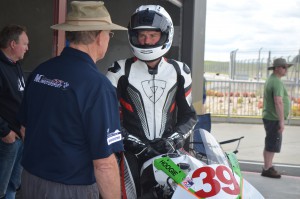 As is always the case in racing, the celebrations are short lived as the team now shift their focus to the fast approaching Tri-Series. For M1 Motorsport the 6 hour was a confidence boost in terms of the bike’s setup.

When discussing Alastair’s performance on the weekend Robert says, “It’s exciting to see bike and rider beginning to work together, I can see Al taking ownership of the BMW, this comes through in the way he’s riding the bike with confidence”

There’s a great summer of Racing ahead of us to think about. We’ve got fantastic sponsors on board, had the bike on track against some of NZ’s best, we’ve compiled a to-do list, and our goals are set. If you don’t have that urge of excitement thinking about the upcoming season, you should probably check your heartbeat.

See you at the track – Team M1Motorsport.